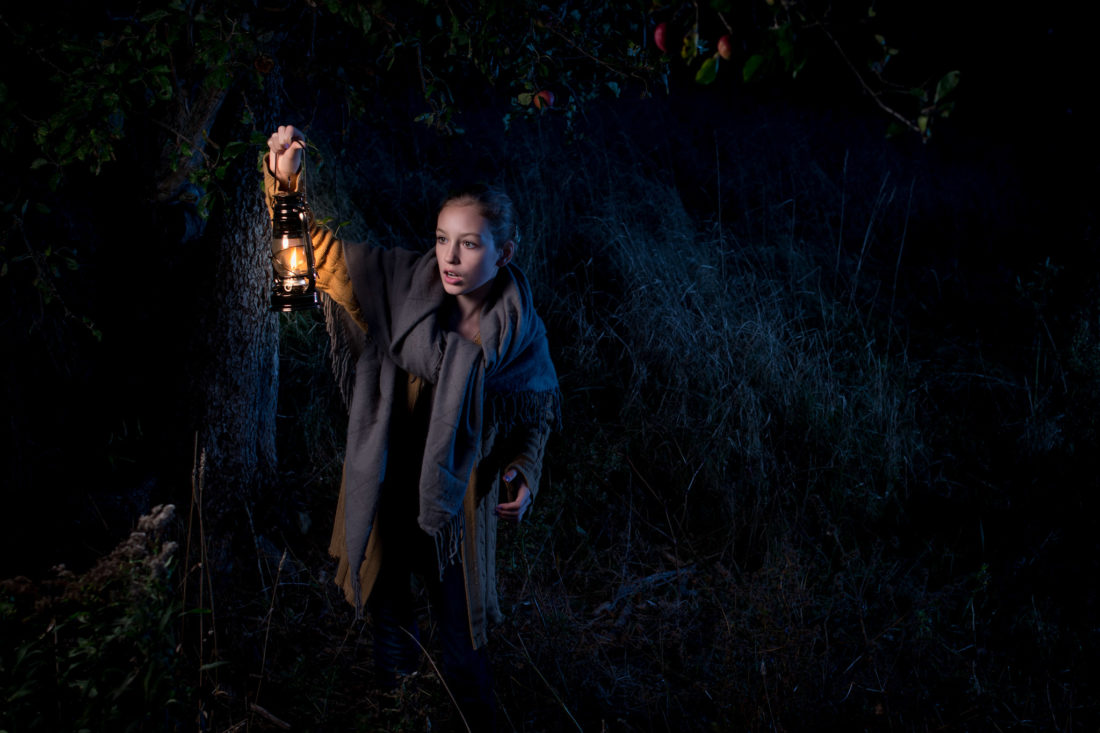 The idea for this shoot was rattling around in my head for several weeks.  The general idea was to use a very low Kelvin white balance to create blue (full moon) light and then to put an orange gel on the key light to appear as though the subjects are being lit by a lantern.  Two of my original models fell through and I had trouble with the gel fixture, but in the end the portraits worked out pretty similarly to how they were in my mind!

Kicker light is a Profoto B1 head at height of subject’s head, 15ft to the right of the subject. This strobe was unmodified (it looks blue like some of the ambient light because of the low Kelvin white balance). Hard blue looking light meant to be inspired by full moon light. Power setting was 7/10.

Key light is a Profoto B2 head modified with a 3ft octa, 10ft to the left of the subject. 1 stop orange gel taped to the strobe. Strobe is 1ft above subject’s head, andgled down at 45° and 90° in relation to the subject for soft/feathered light meant to be inspired by the lantern. Key light power setting was 7/10.

Both lights were triggered by the Profoto remote for Nikon.

Lantern light was enhanced using a radial filter in lightroom with a warm white balance. Second exposure was layered on top with a motion blur filter. 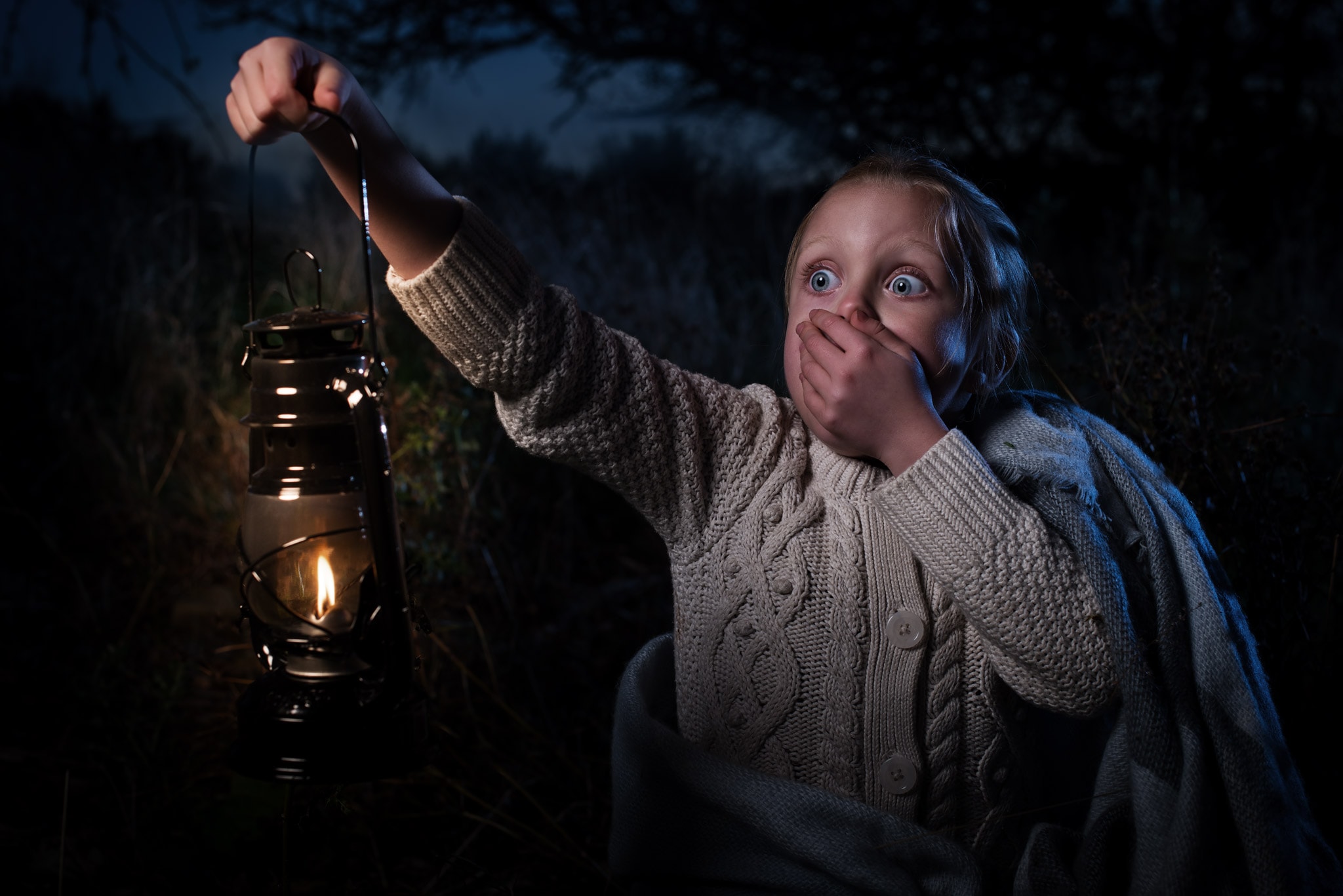 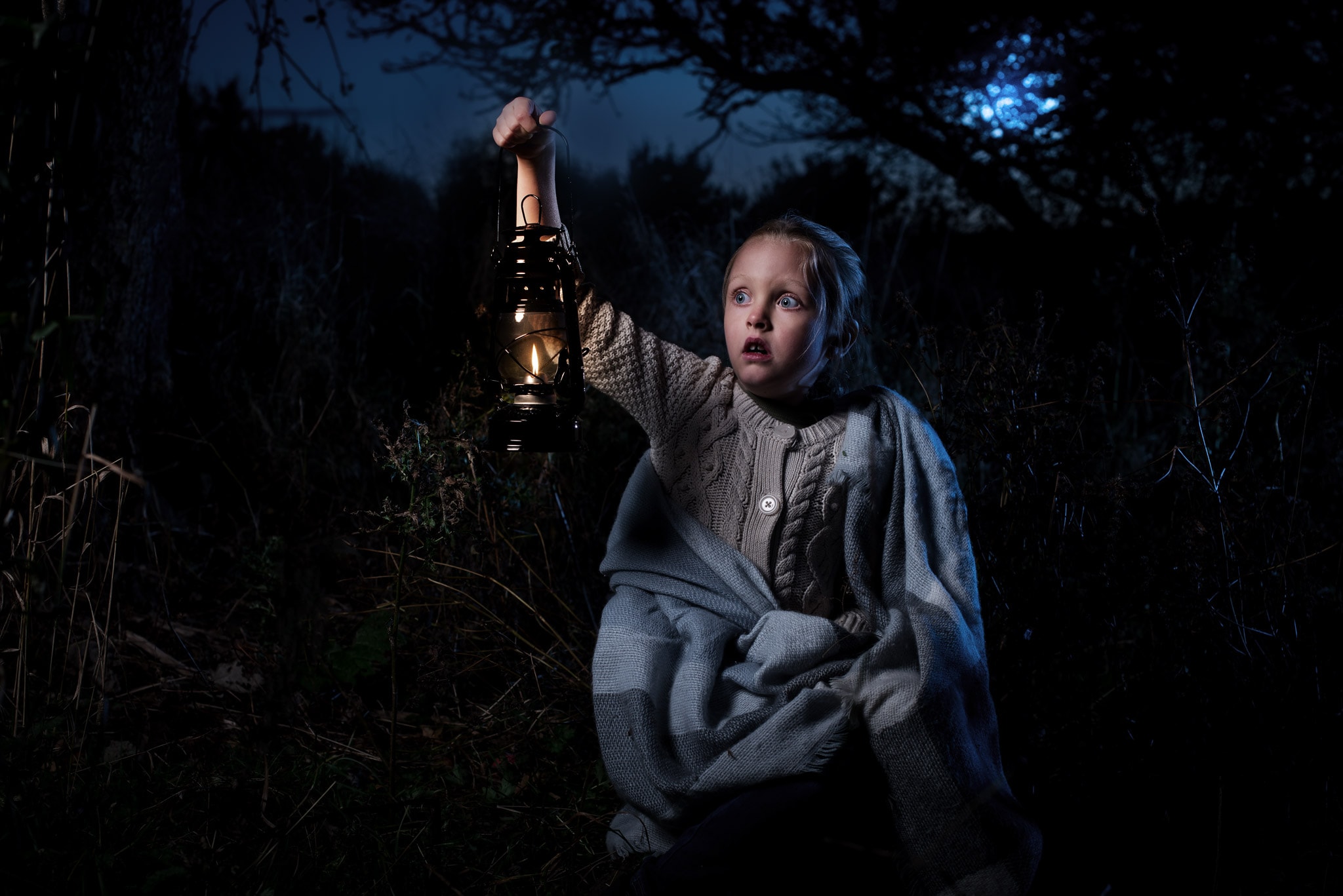 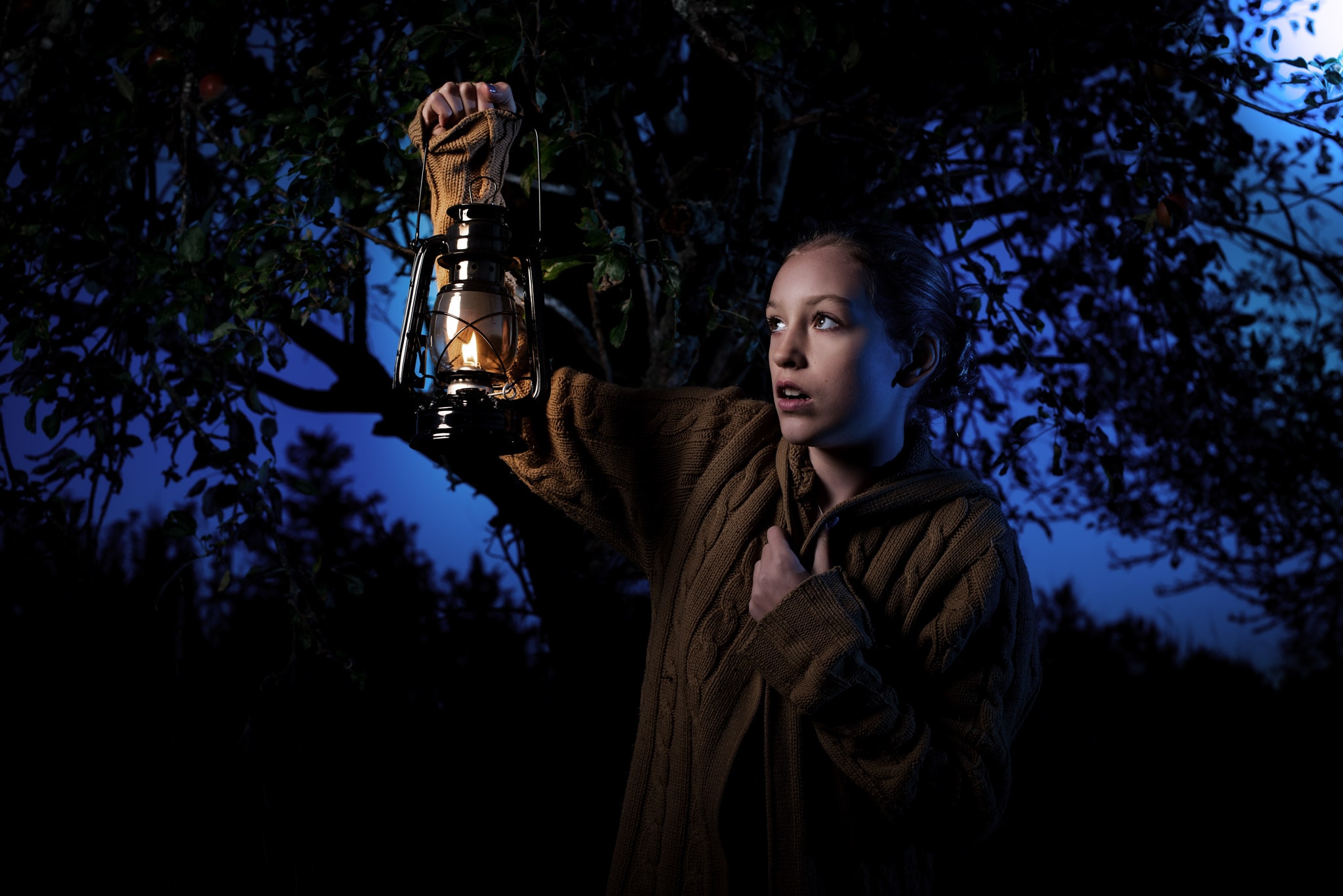 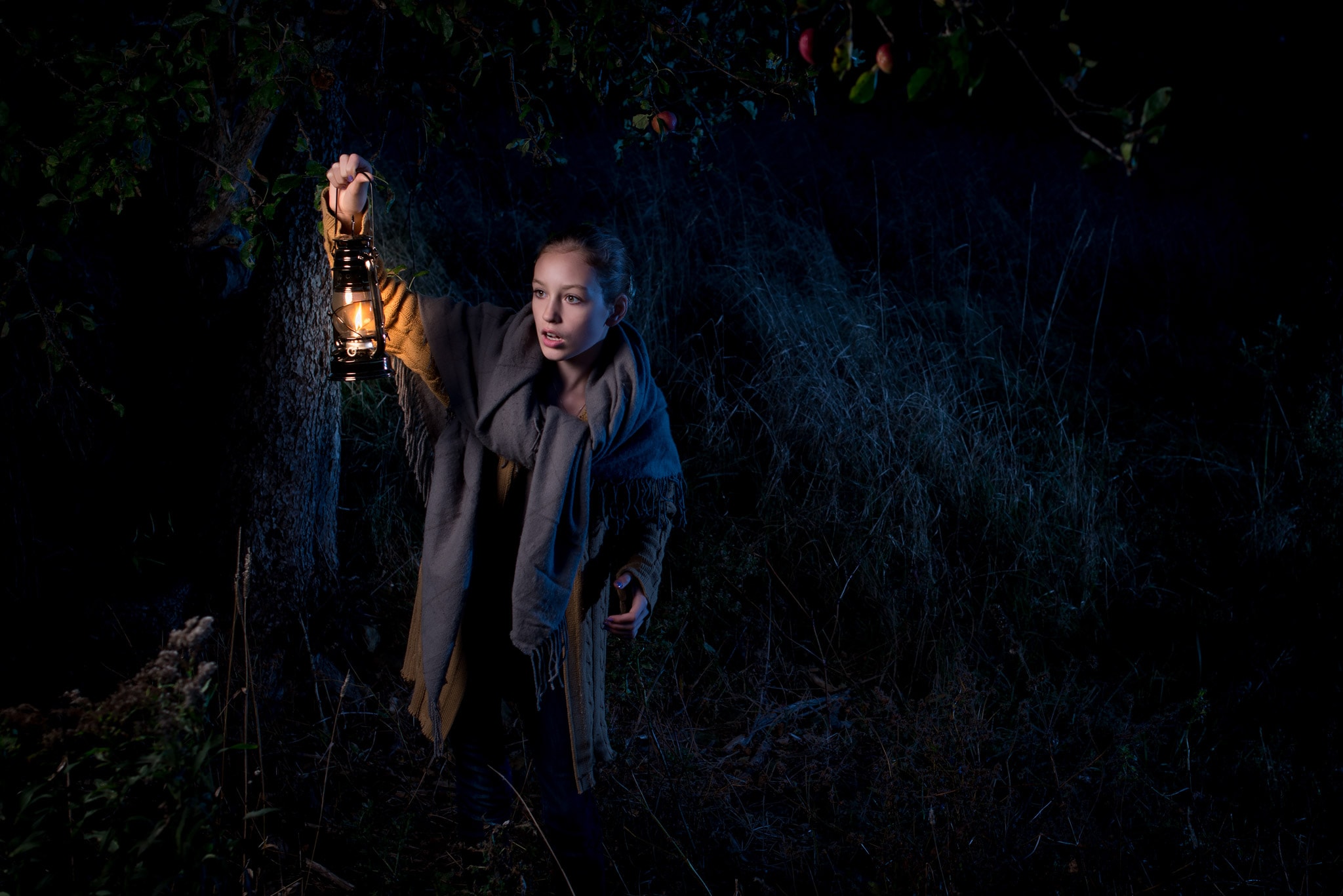 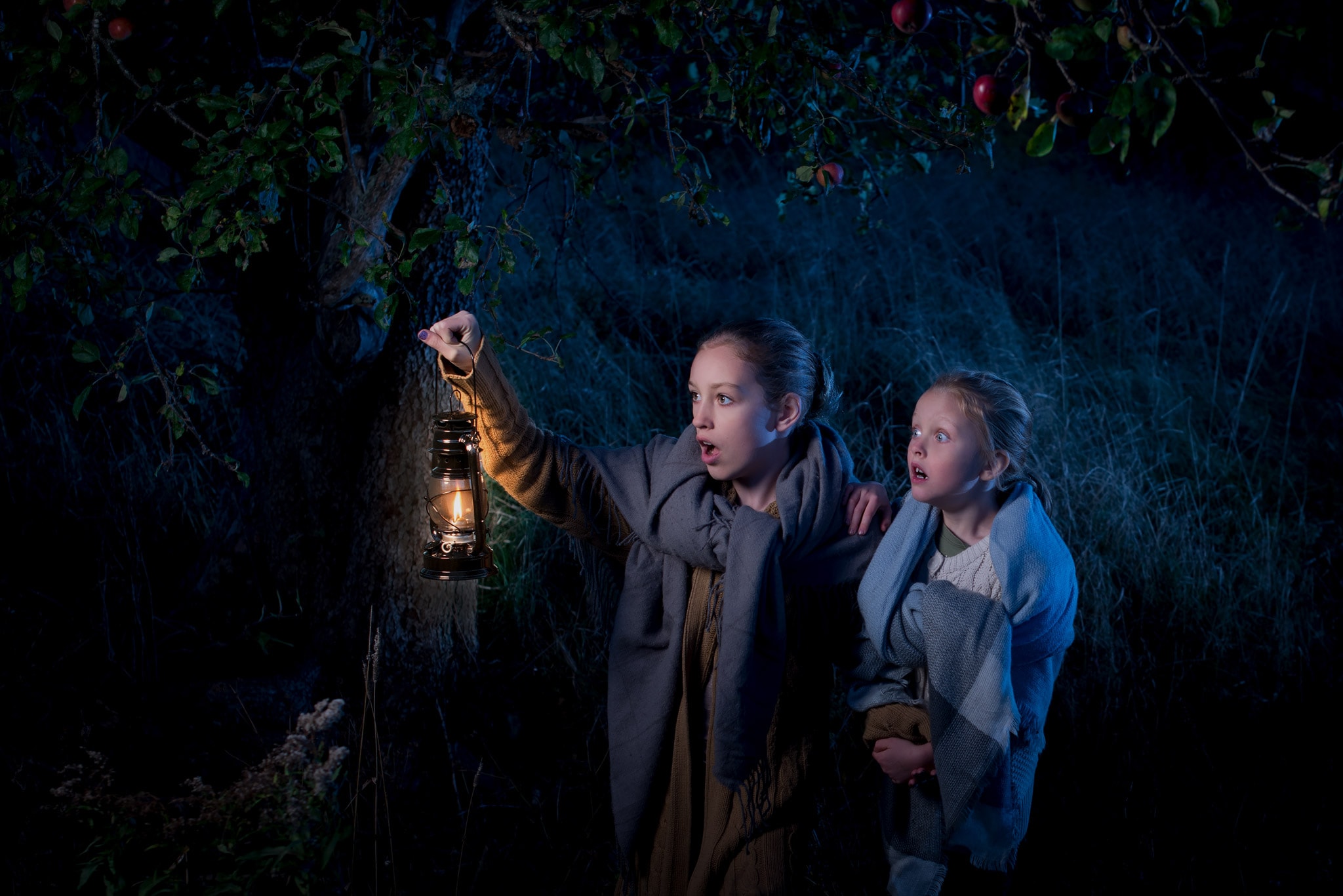 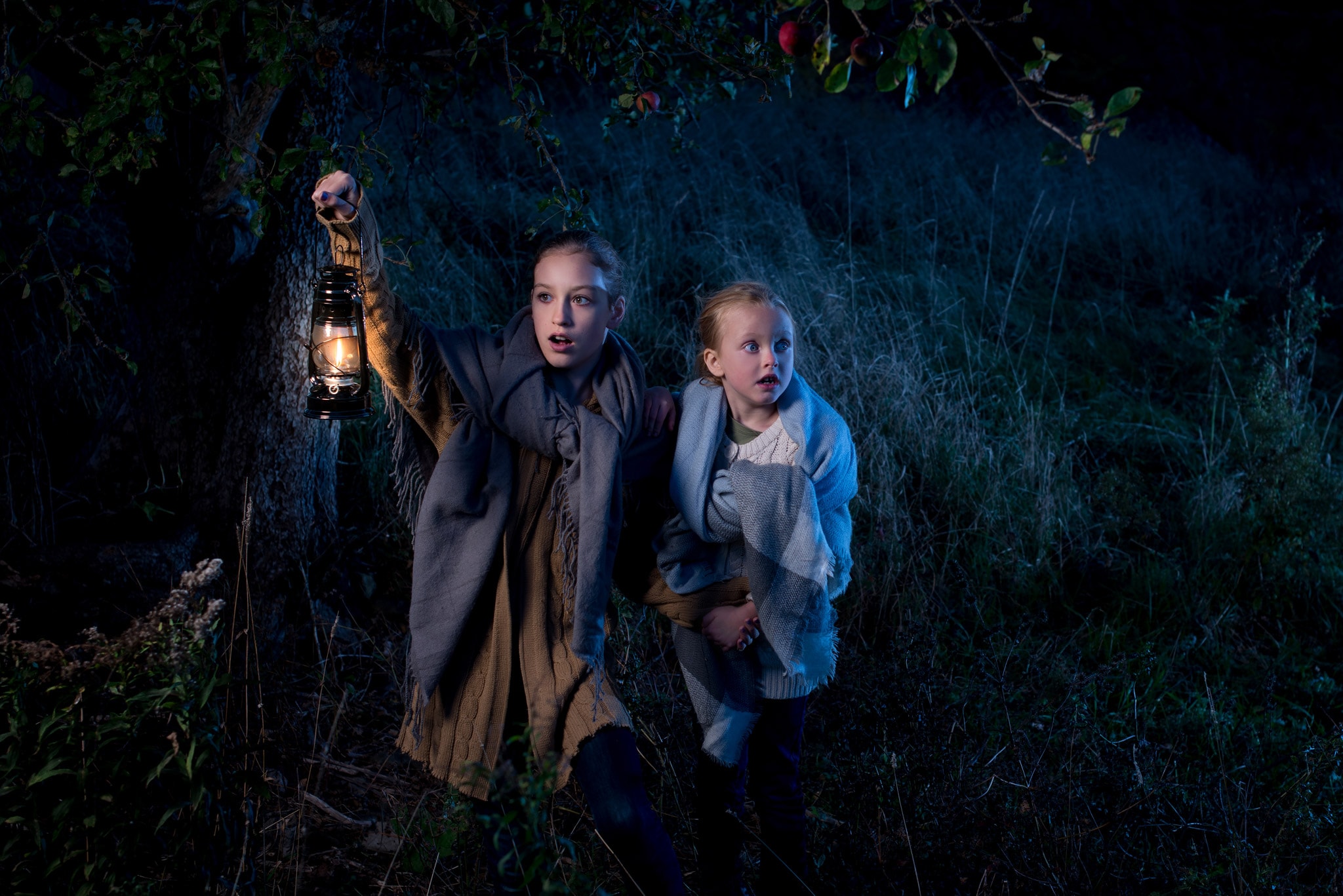 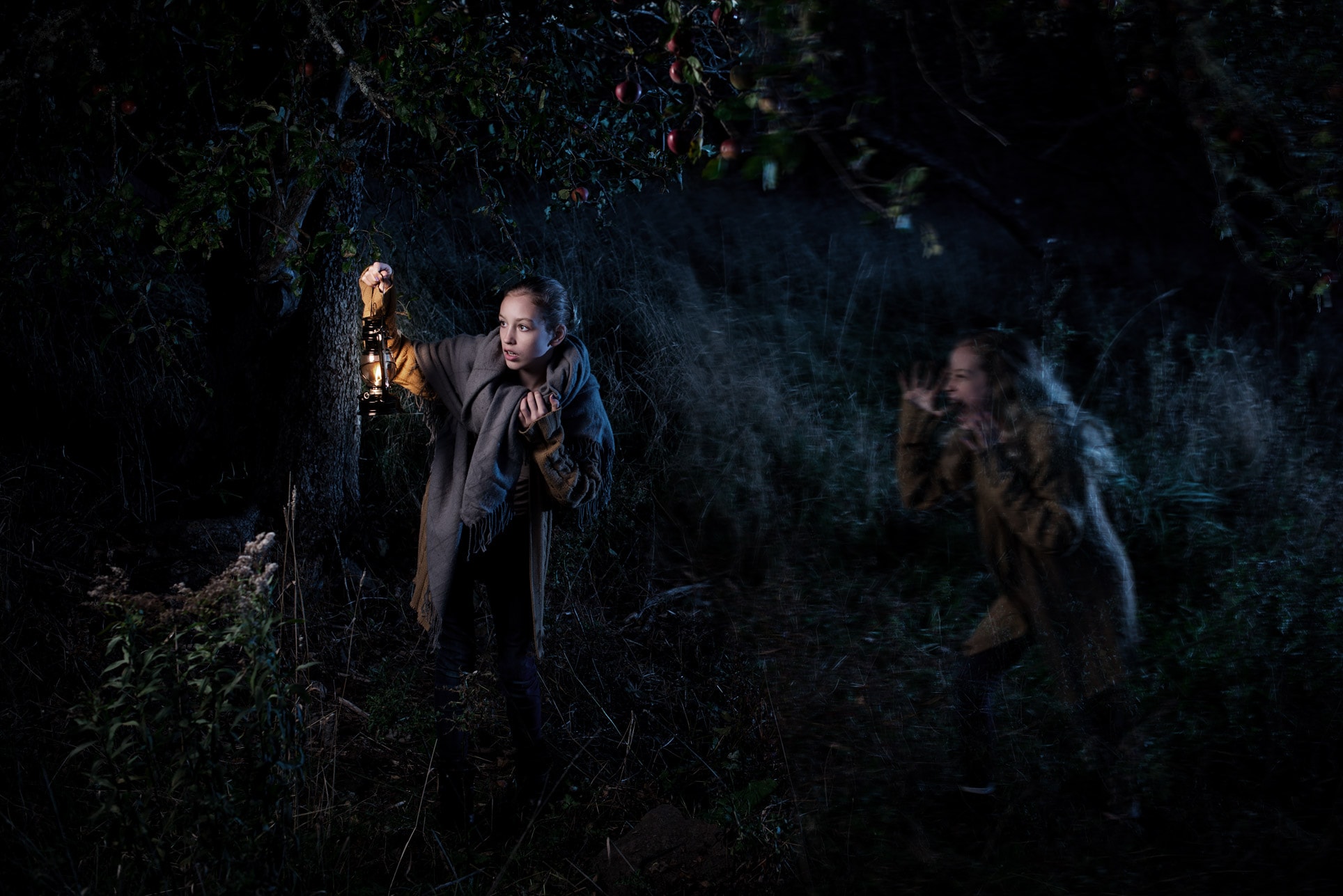 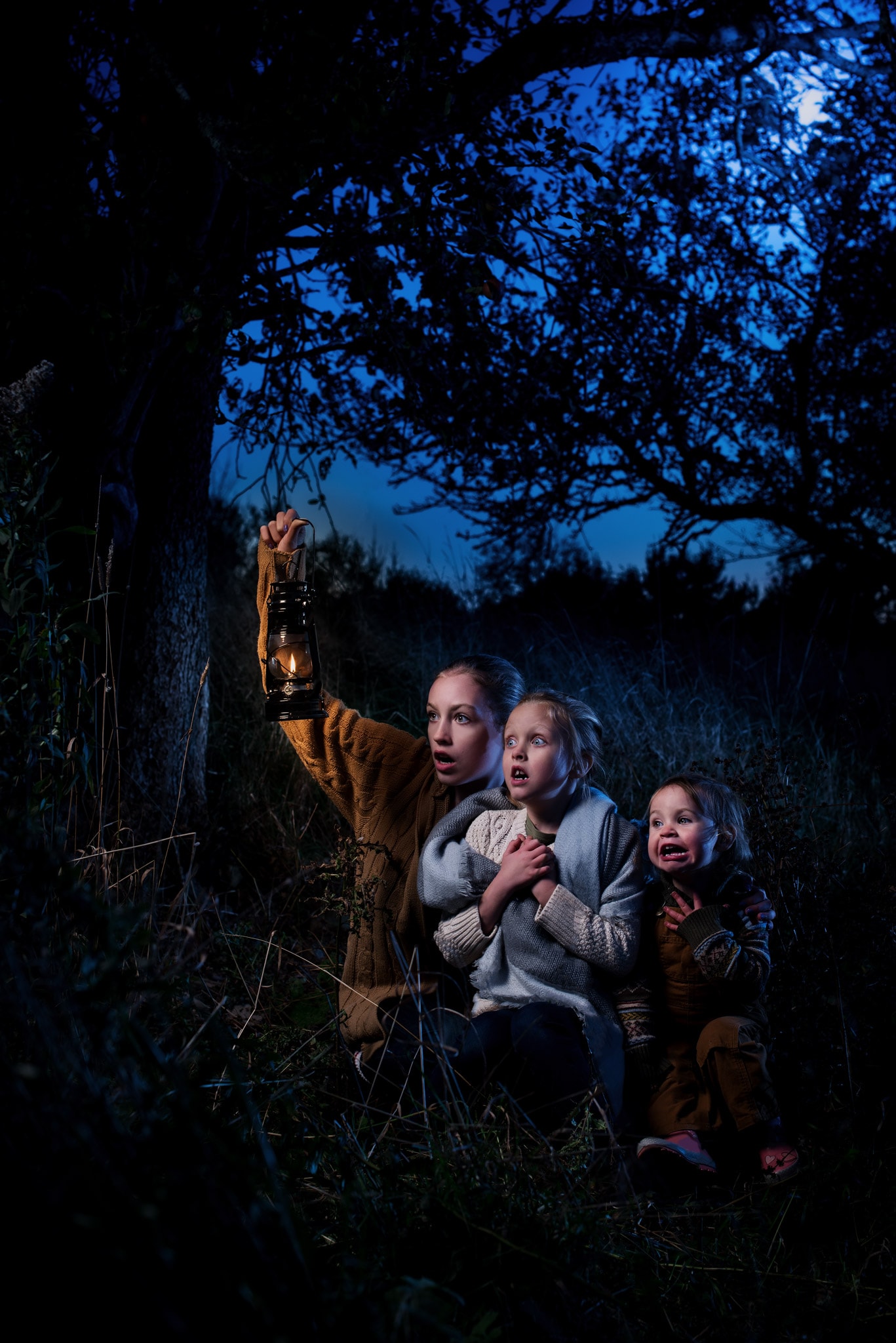 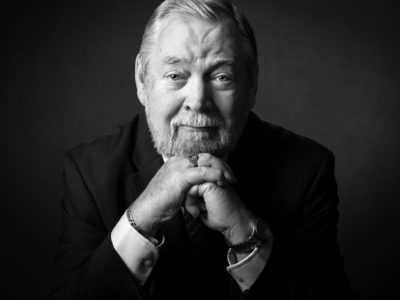 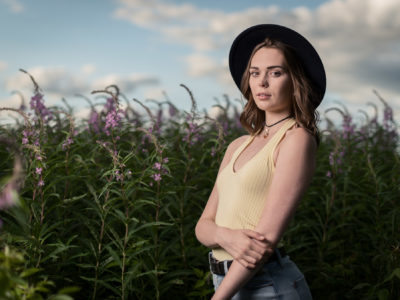 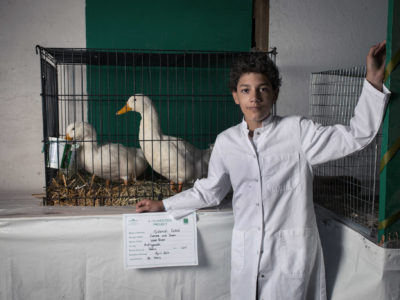