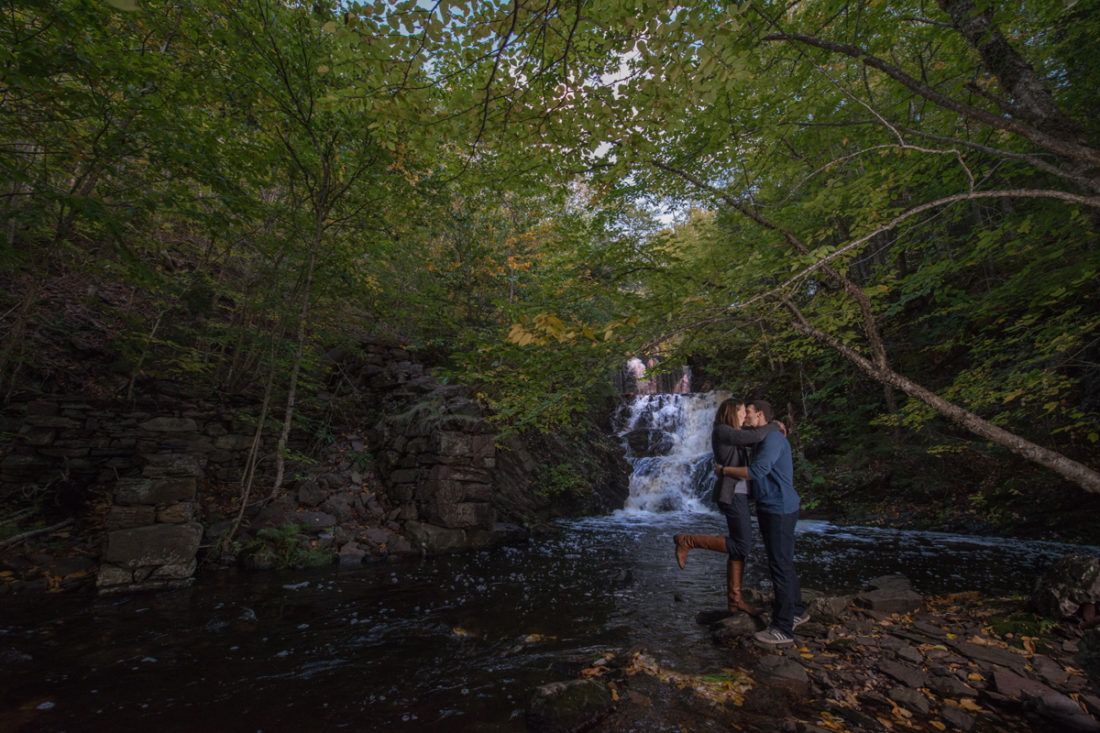 We met up at the Tall and Small Café on Main Street, Antigonish to get to know each other, and to discuss Jessica and Justin’s upcoming summer wedding, and the engagement portraits we were to take later that day.

I asked them if they had a location in mind, be it rural or somewhere in town or on campus.  “Actually yes, I do have somewhere in mind”, said Jessica.  “There’s a waterfall and mill foundation in Lochaber, but I’m not sure if it’d still be flowing these days”.  I told Jessica the waterfall would have a healthy flow most likely because it had been a fairly wet season, especially in the last few weeks.

We decided to meet at the beginning of “Golden Hour” for some nice lighting.  The first thing I hadn’t anticipated was that the woods we were shooting in were quite dark; several stops darker in fact, than the ambient light near Lochaber Lake.  Luckily, the professional camera bodies I use (Nikon’s D3s and D800) were born for low light shooting so I just pushed my iso a bit higher.

The second thing I hadn’t anticipated however, was a bit trickier.  Not only was the waterfall in full force, but the stream that ran in front of it was wide and rushing.

We ran back and forth up the stream looking for a narrow spot to cross and we tried throwing logs and rocks to make a stepping path.  Every thing we tried was in vain, and the light was continuing to drop.

Ultimately, we decided to shed our boots and shoes and socks and wade across, making a few trips for the camera and lighting bags.  Once we were across, I was grateful we were all up for the adventure.  The waterfall was beautiful and the stone wall of the old mill’s foundation was authentically stoic.  We got a solid number of images by the waterfall and the mill, and the light was really about to dark to continue shooting in the woods.  I suggested we all run back out to the open fields near the lake to get a few last frames, knowing the sun was literally dropping below the hills behind Lochaber’s west side as we were deciding and packing up.

I knew that if I went through the hassle of untying and retying my lace up boots were weren’t going to make it (the rest had slip-on/off type footwear).  So I crossed that stream, knee-deep in cold water and we all made our way back through the forested trail near the highway.

Once we made it to the lakes edge and set the light back up, there was time for literally a half-dozen more frames.  Again, I was grateful we were all up for the adventure and hustle because the colour of the sky was warm and deep and they were among my favourite images of the shoot.

Jessica & Justin are truly interesting subjects and a great match.  I look forward to photographing their wedding in Lochaber this summer! 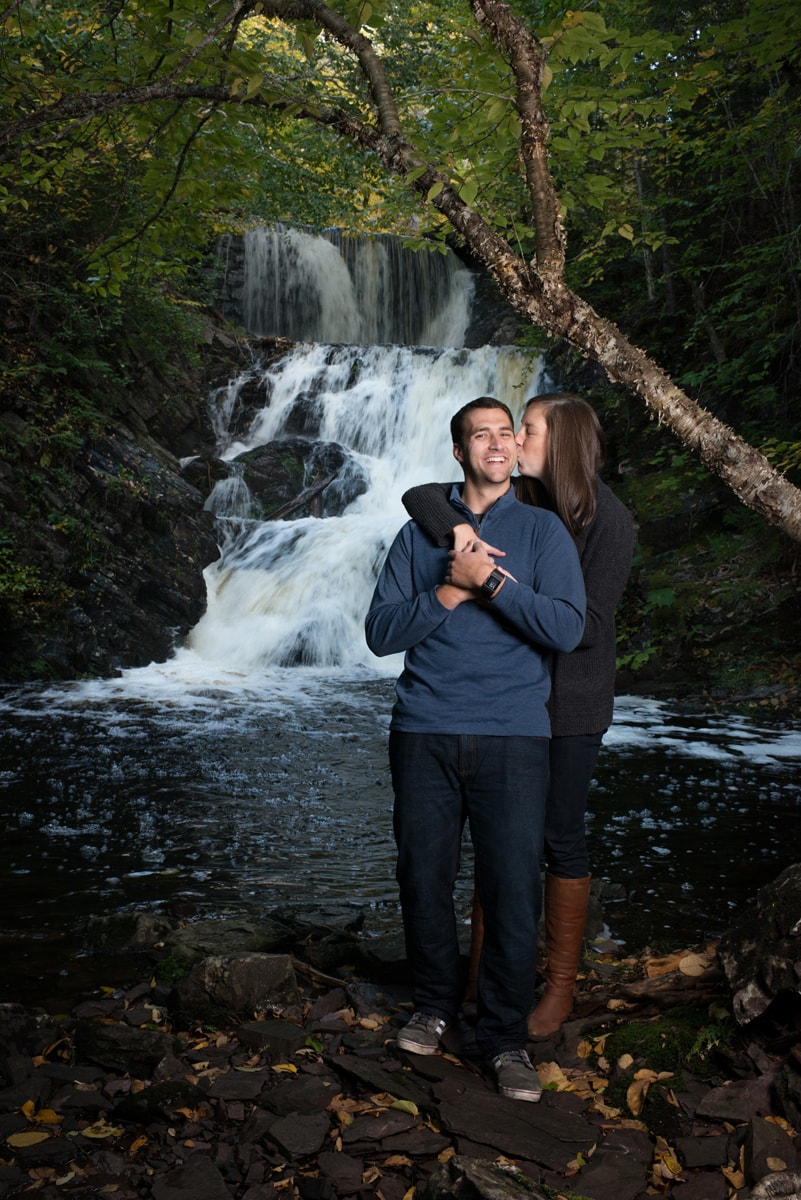 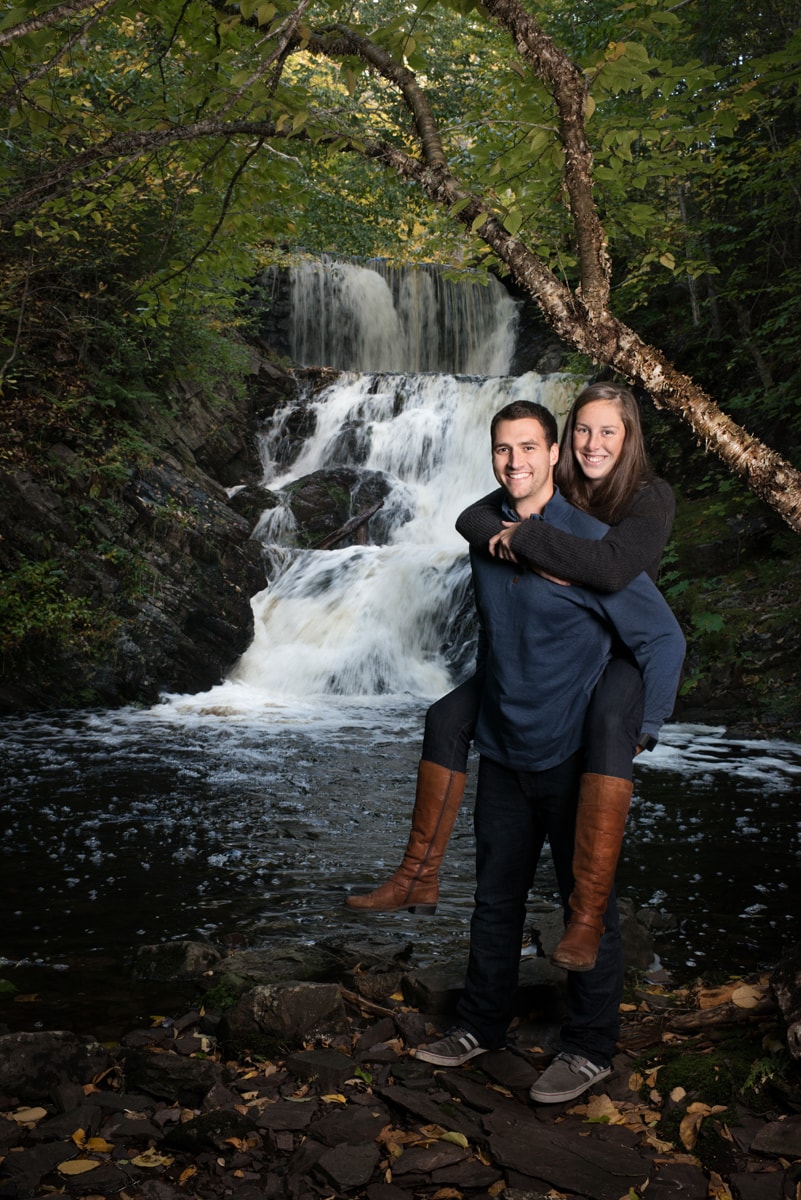 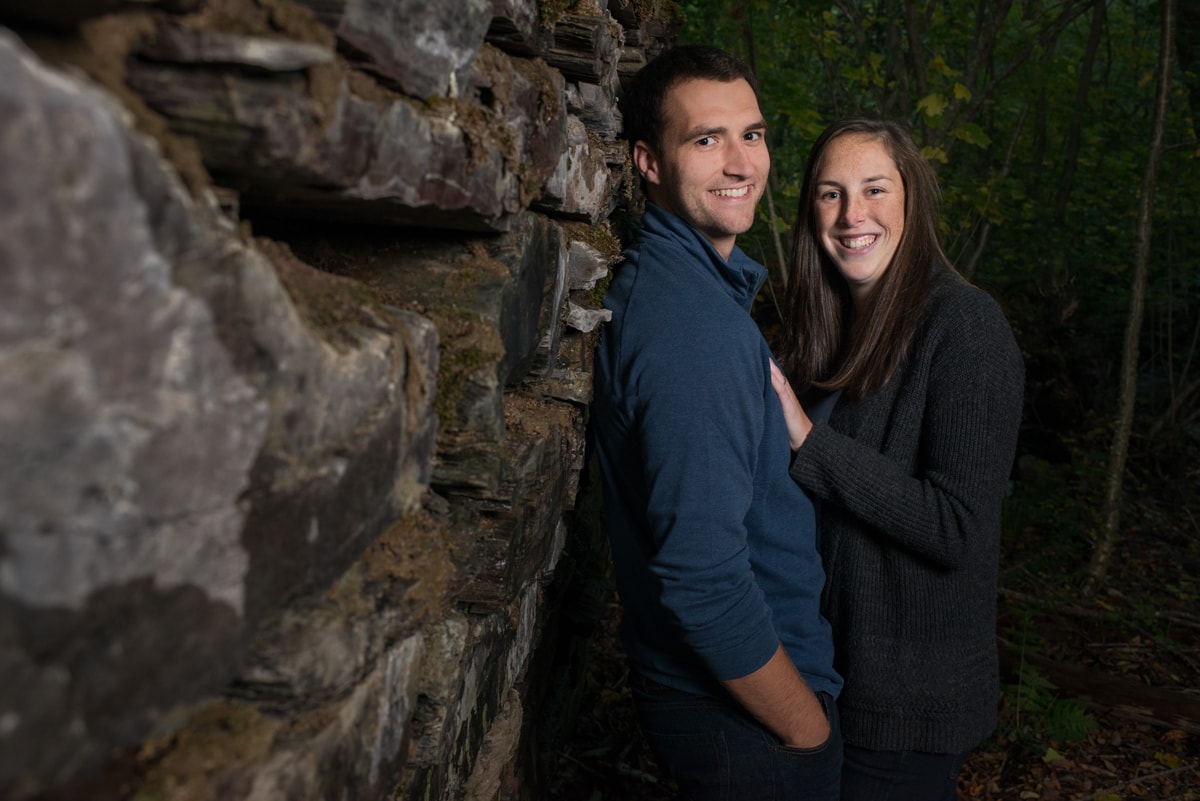 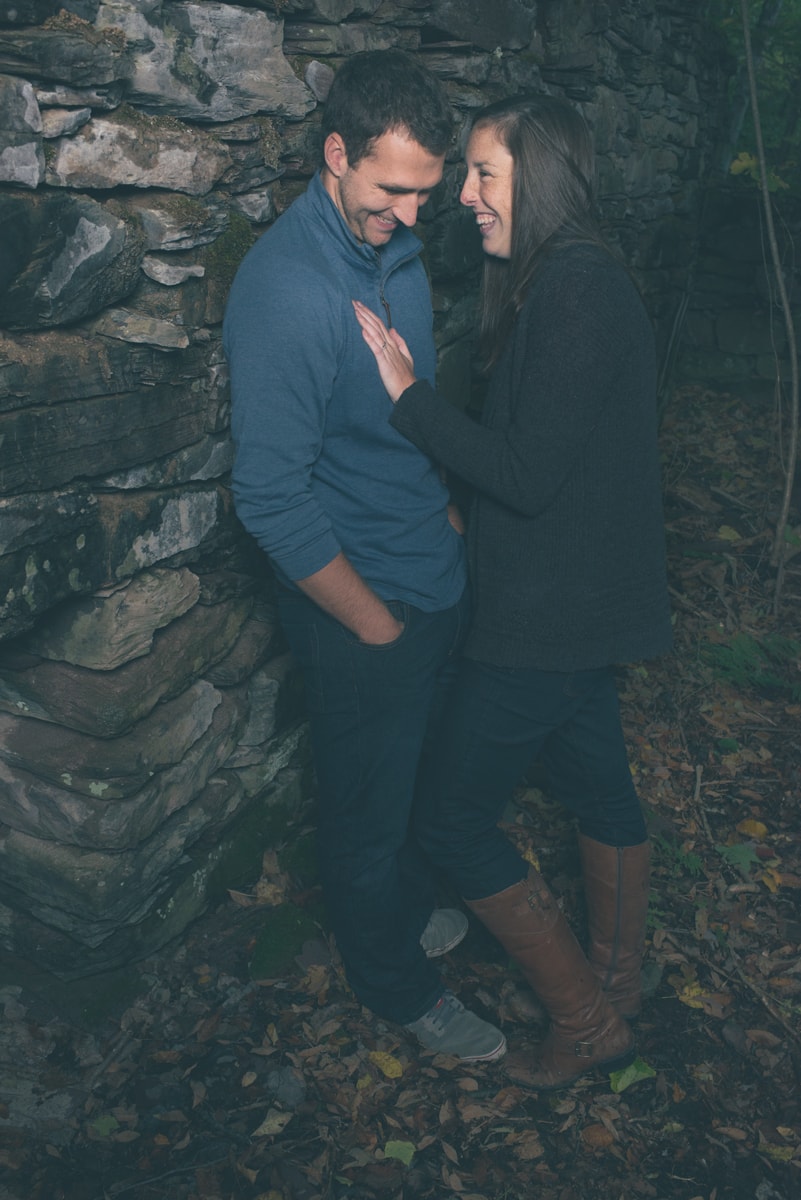 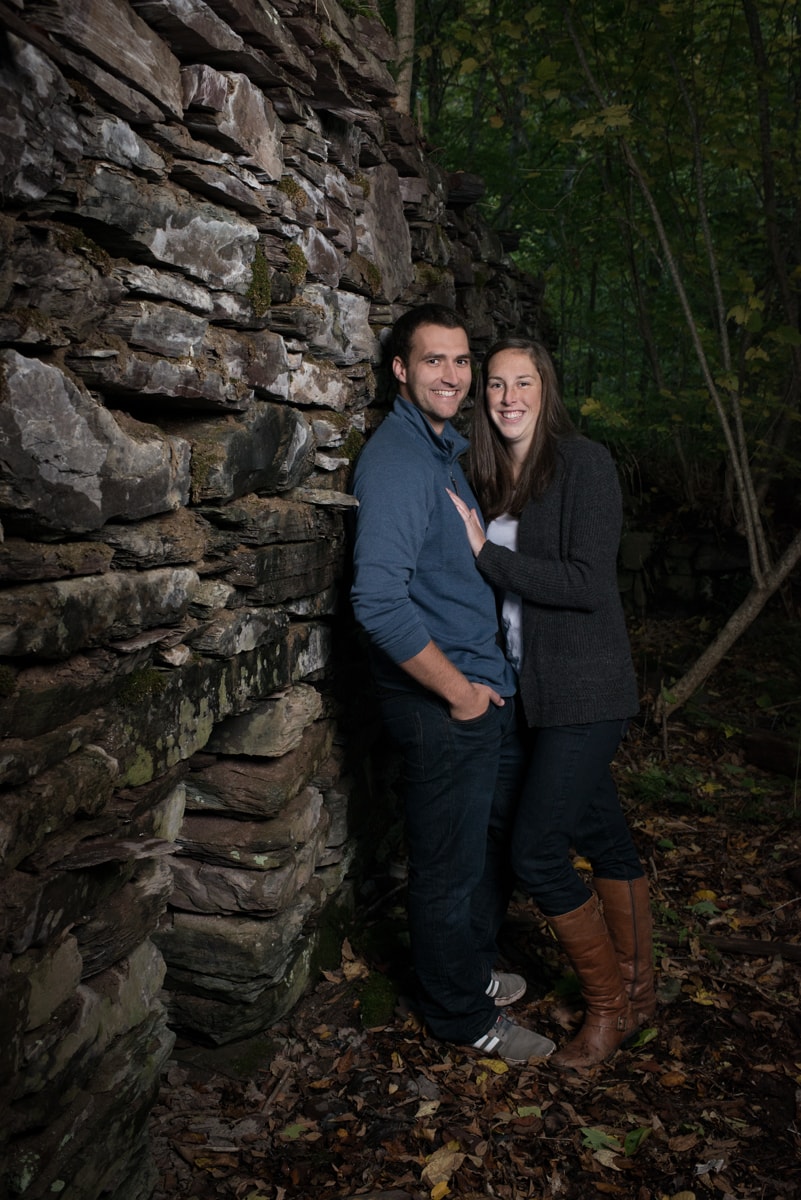 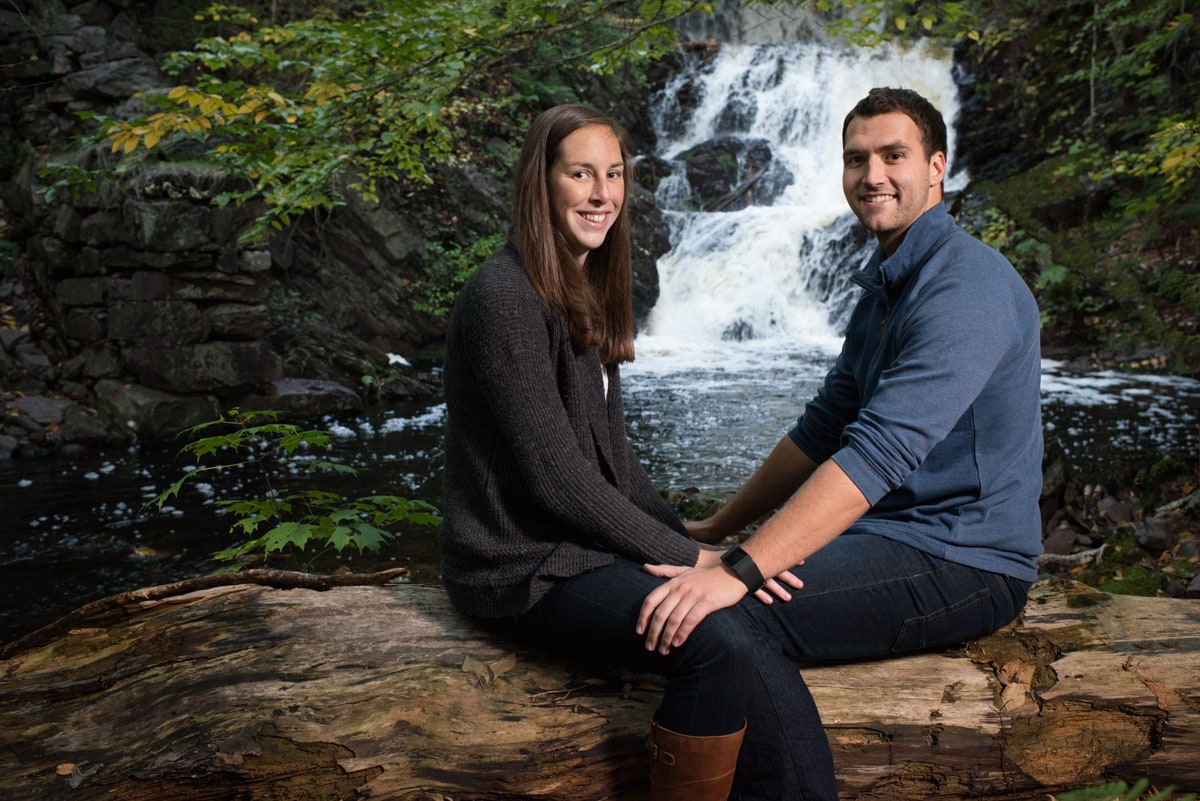 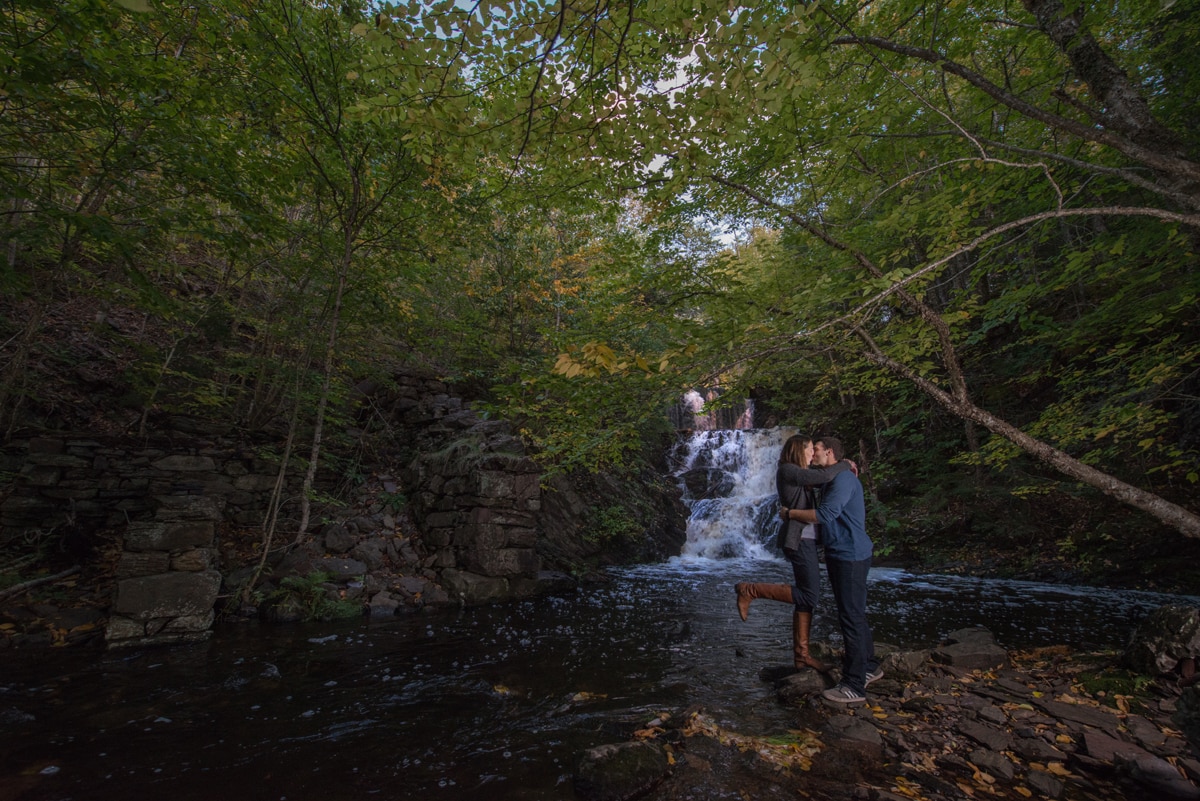 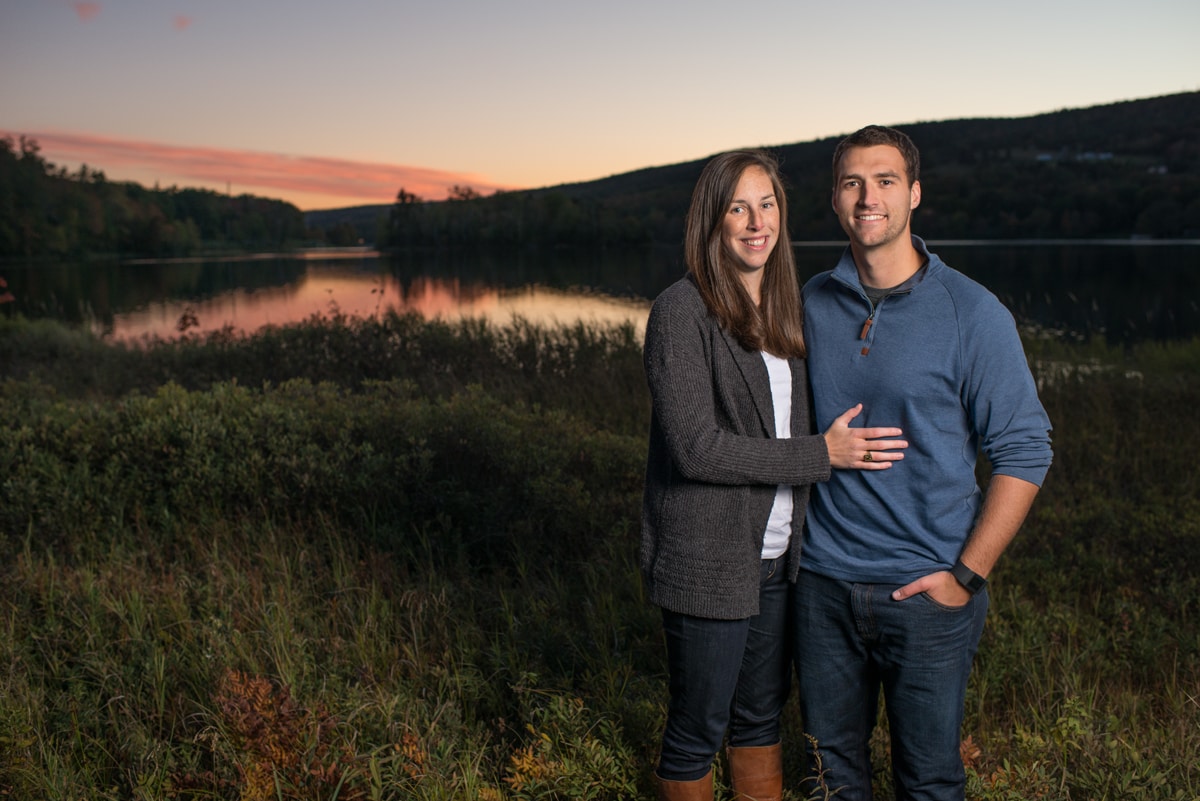 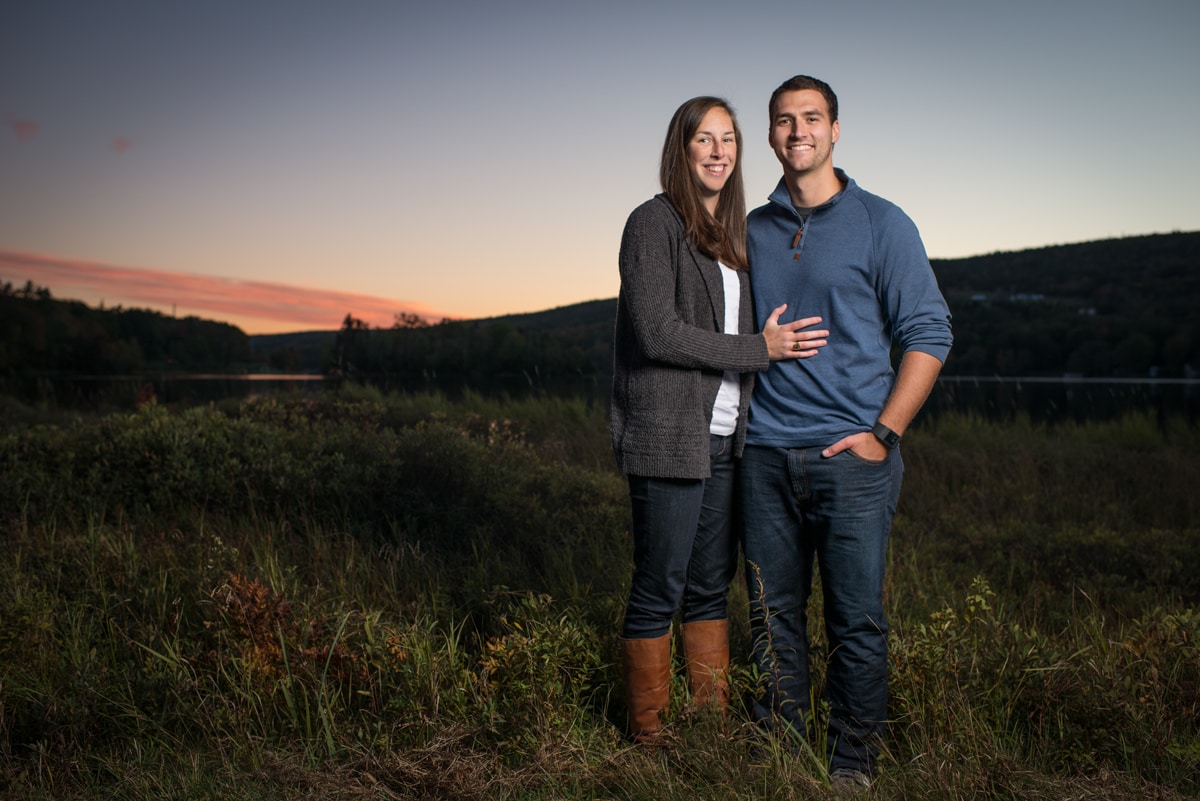 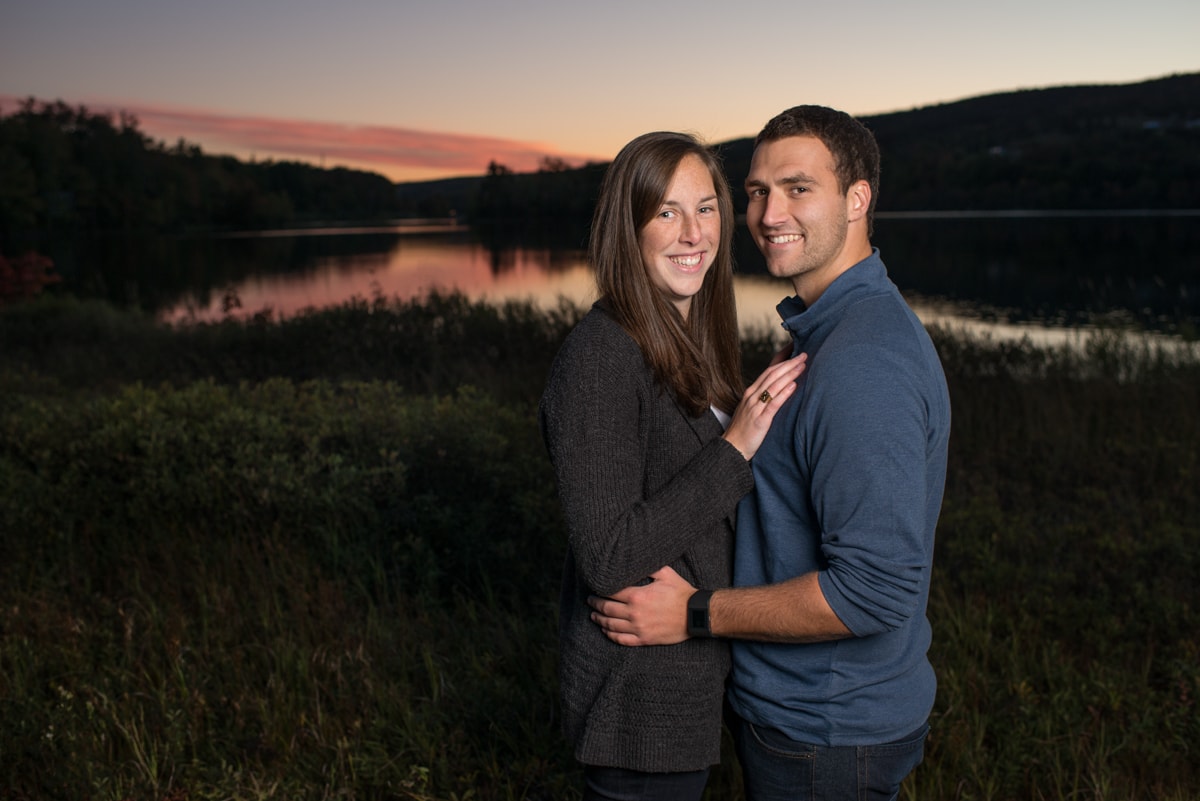