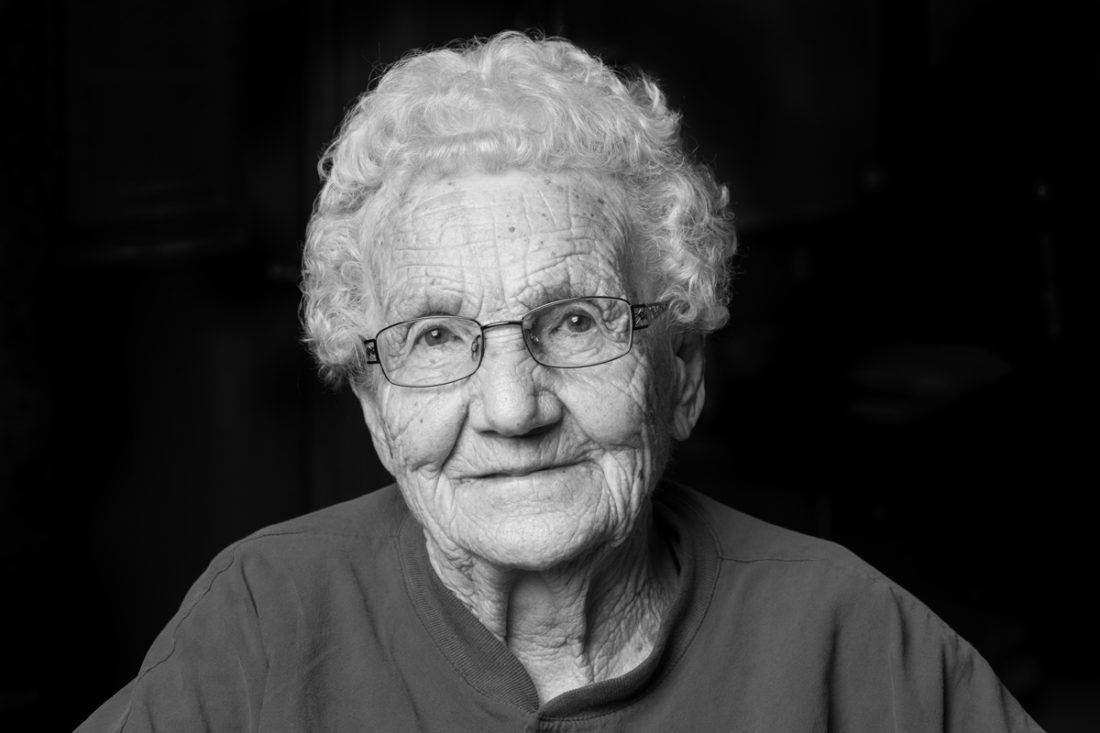 Merle Taylor is my new friend.  She’s also a lot of other things: a mother to five boys, Air Force Veteran, recipient of the Governor General’s Award for 70 years of outstanding community service and a morse code expert.

When people learned that I wanted to do more character studies on my journey in environmental portraiture, it was suggested a few times that I look up Merle Taylor.  The first time I saw Merle she was riding an all terrain vehicle near the farm where we were picking berries.  I was surprised to see her so active, as I knew that Merle was in her 90s.  As it turns out, Merle Taylor turns 92 years young this very weekend.  When we were walking around her property, she pointed to the two cord of wood she had stacked…herself…using her walker to pile 12 pieces of wood at a time!

When we first sat down, Merle talked about her service in the Air Force.  She told me when she first enlisted, she didn’t see herself in any of the prescribed roles that were dolled out to young women at the time.  In short order, Merle found herself in a few different positions that were oriented around communication with combat aircraft.  She taught code to Airmen from Europe, and then became familiar with more modern methods of radio communication.  Photographing Merle with her Ham Radio seemed like an obvious choice, and that’s where we started.  She taught me how to send Morse Code, and had me tap my name out in dots and dashes.  It was a whole lot of fun.  She showed me her calling card for the radio, as well as the award she’d won (five times in a row against 100 men.. a contest that likely ended because it wasn’t much fun for all these men to know Merle was just going to beat them again anyways).

Spending time with Merle, you get the clear sense that she isn’t going to be swayed whether you’re a millionaire or a pauper, a farmer or a politician.  She’s clearly able to take a person’s character on something else that she considers more important.  When we were talking, I instantly felt as though all societies socially imposed boxes had been removed.  Age, gender, income, occupation.. all gone.  All that’s left is honesty, integrity, heart, focus…

For 92 years old, Merle is intimidatingly focused.  She just rattled off dates of events that happened decades ago like she was reading them.  As disappointing as it was obvious, Merle was certainly the more sober-minded of the two of us.

The other thing that Merle had me beat at was gardening.  I have more garden space, but Merle’s was thriving and already producing food.  She’s really proud of her garden, and was keen for that to be another setting for a portrait, just as she was proud of the Blue Spruce that provided the background for the other colour portrait.

I look forward to seeing Merle again soon.  We already have a plan to swap photo albums and probably a few more stories.  I have a lot more character studies in Antigonish, Nova Scotia and beyond, but I can tell right now that Merle Taylor will always be among the most engaging and pronounced. 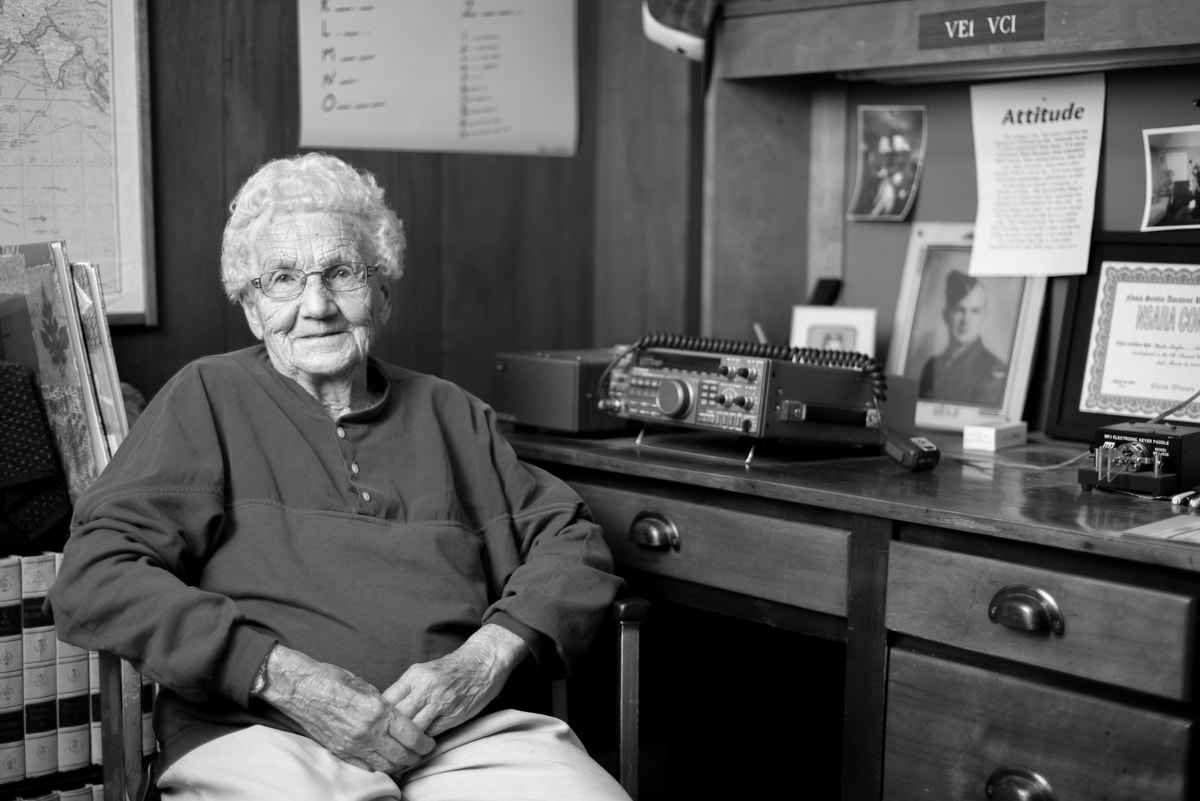 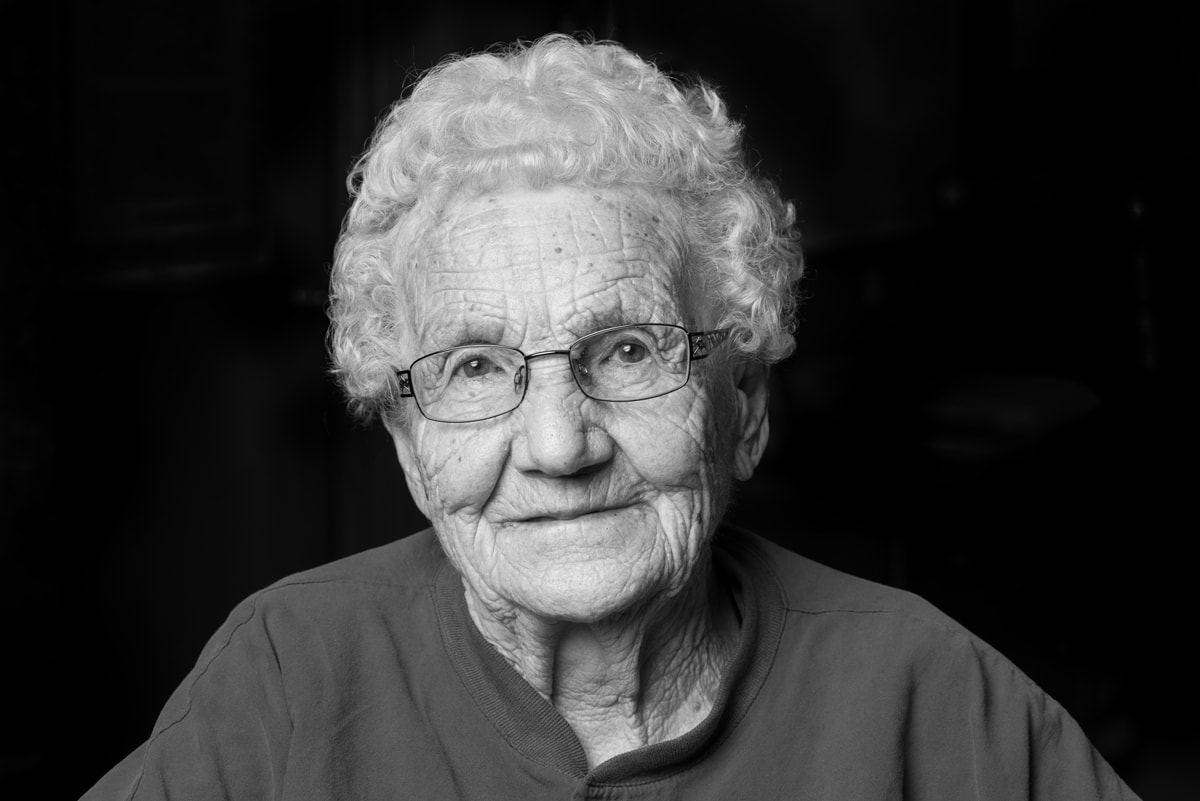 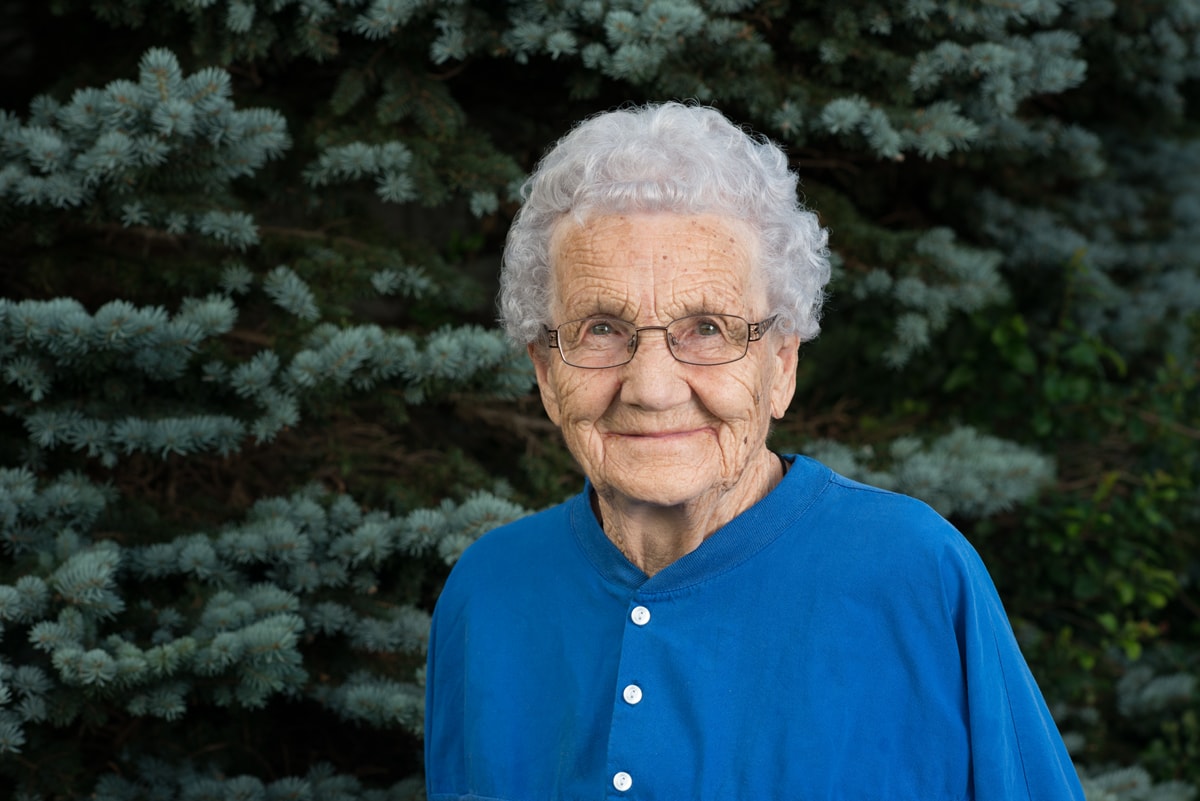 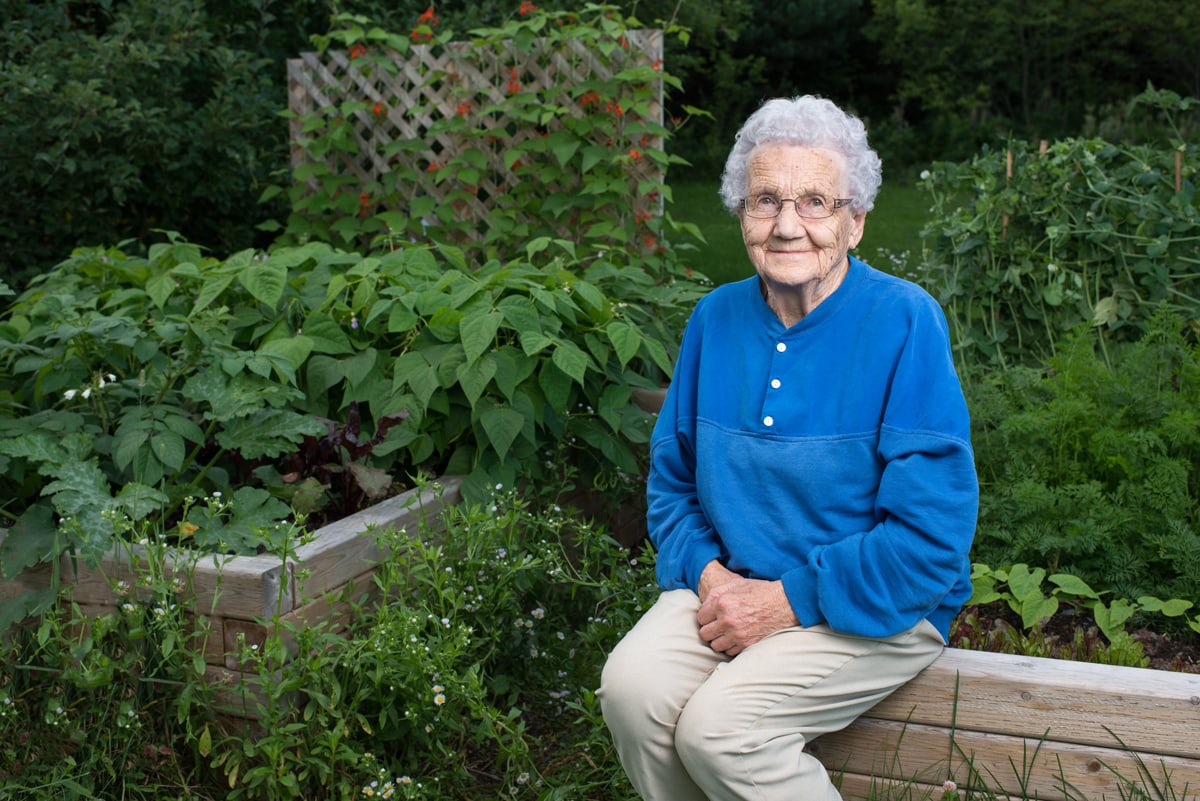 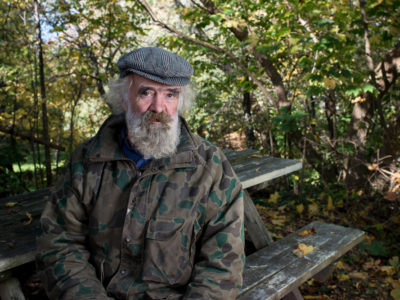 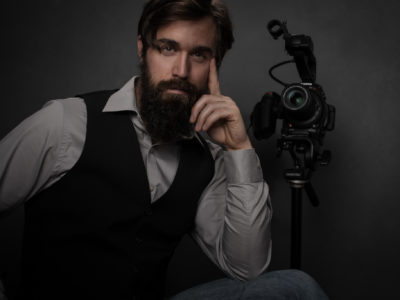 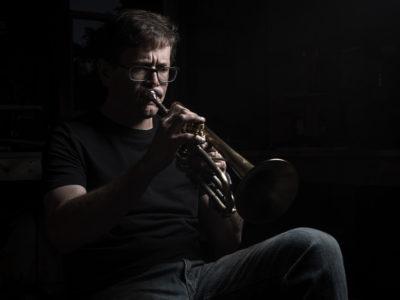